Surrounded by the darkness of the Walmart parking lot, the unexpected tapping on my driver’s side window made me jump.

For I was in the middle of making my peace — explaining to my wife of 28 years why I wouldn’t be home until after 11 p.m. on my anniversary. So this distraction couldn’t come at a worst time.

Inside the van, the faint glow from a cabin dome light revealed an opened anniversary card between the two seats. A scrawled note in my customary block lettering was my attempt at an apology. My wife had spent much of the day on the road, bringing home Lacey from nearly four hours away because of extensive foot surgery — for the fifth time. 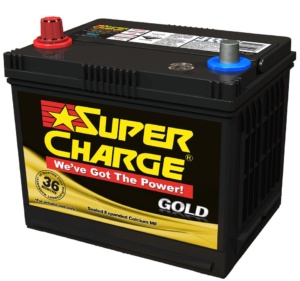 While Barb and Spencer stayed with Lacey for nearly four days, I remained home in Roseburg to work — including my regular shift on this Saturday.

Now that tapping from the window.

When I jerked my head to the left, a woman in her early 60s with curly hair that appeared the color of chili powder, stared back while mouthing something I couldn’t quite understand.

Looks like somebody else wants money, I thought as I rolled the window down.

Until she held up the jumper cables.

Please sir, she said. Their car was dead on another aisle of the parking lot, and would I come over and jumpstart their battery.

I glanced quickly at the anniversary card to my right and back to her.

I’m embarrassed to say, I came this close to telling her no. That I didn’t have time. In my rush to do the right thing to honor my marriage, I nearly told somebody in need to shove off.

I swung the van around to see the woman standing next to their vehicle. Next to her was another woman with white hair. A clean-cut teen, also dressed in obvious Christmas attire, left the warmth of the vehicle to try and help.

I soon learned from the white-haired woman that the teen was to blame for this dead battery. He had sat for a period of time in the car with his cell phone, draining his battery in the process.

“He doesn’t know much about anything,” she told me.

Despite that negative endorsement, he proceeded to attach the cables to the correct posts in their car and then to my van.

I motioned for him to start his vehicle, where it started on the first try.

“Hey, it looks like he knows about cars,” I said while smiling at the white-haired woman.

When I mentioned that today was my anniversary, the two women looked at me shocked before offering repeated apologies.

I assured them I was glad to help, and my wife would understand.

Sure enough, she did. It may have been for less than hour this year, but we still managed to mark this special day.

This time, we happened to include a few extra people who needed us.

One Reply to “The tapping on the window”